The Estate Planning Council of St. Louis began as an unincorporated association in 1959. It was an outgrowth of a previously existing organization known as the Life Insurance & Trust Council that consisted of life insurance agents and trust company representatives only.In 1960, the Council was enlarged to include as members, lawyers and certified public accountants. At that time, the name of the organization was changed to Estate Planning Council of St. Louis. The Council was incorporated in 1963 under the General Not-For-Profit Corporation Act of Missouri.The Bylaws provide that the Board of Directors shall consist of the officers of the Council, and eight other members who each serve a two-year term. Two of the eight members must be selected from each of the four designated groups (disciplines) comprising the Council. The four immediate past presidents are ex-officio voting members of the Board.Four officers of the Council are elected annually. The Bylaws provide that no two officers shall be from the same discipline so that at all times one of the officers is a representative of each of the four designated groups. It is traditional that the Presidency of the Council is rotated each year among the four disciplines. In 1968, the Council became a member of the National Association of Estate Planners and Councils (NAEPC) and held its October 1969 meeting in conjunction with the Annual Meeting of the NAEPC. Our Council's affiliation with the NAEPC is one of the longest in the country.

The Estate Planning Council of St. Louis promotes a multi-disciplinary team approach to estate planning and increases the knowledge and skills of its members in the field of estate planning by...

Sponsoring the highest quality continuing education programs with speakers of national prominence in their field, and by offering its members opportunities to network with highly qualified attorneys, accountants, trust officers and financial advisors with common professional interests in service to their clients. 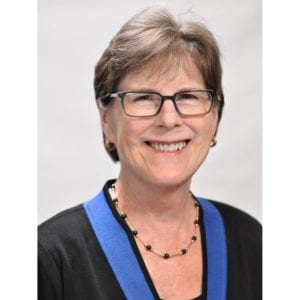 What if Granny Wants to Gamble?

A Potpourri of Charitable Planning Tricks and Traps - and New Developments